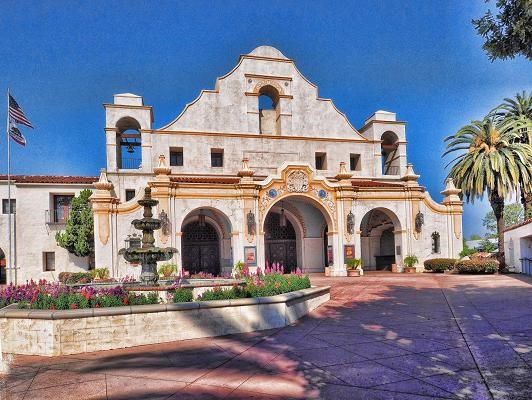 Los Angeles is home to two Los Angeles Missions.   San Gabriel Mission, named for Archangel Gabriel, was founded on September 8, 1771 by Junipero Serra.  It is the fourth of twenty-one Spanish missions established in Alta California.  The Mission, built of stone, brick, and mortar, is one of the best-preserved of all the Mission, with its picturesque buttresses and lofty walls.  Today the Mission is an active Roman Catholic Church with a museum and gift store.

Mission San Fernando Rey de España, founded in 1797, is the seventeenth mission.  In 1834, the mission was secularized and returned to the Catholic Church in 1861. Located in the Mission Hills District of Los Angeles, the mission sits on 121,500 acres of land that gave space for cattle raising, the mission’s biggest industry.  In 1920, it became a working church. Today the mission functions as a museum and the church is a chapel of ease of the Archdiocese of Los Angeles.