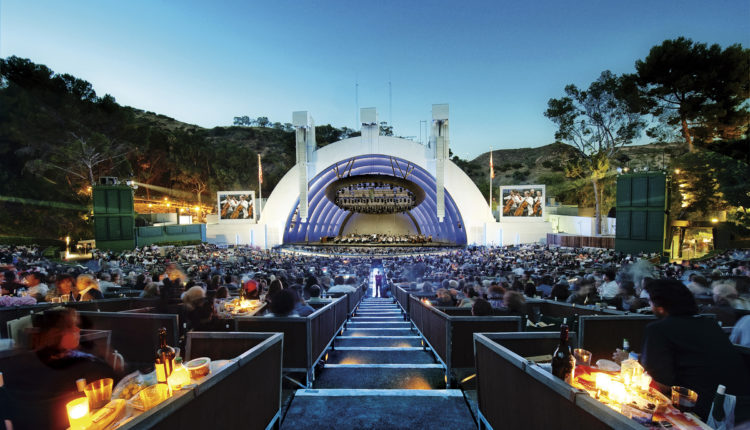 The Hollywood Bowl is the largest natural amphitheatre in the United States and officially opened on July 11, 1922. The “bowl” refers to the shape of the concave hillside the amphitheater is carved into. The bowl is owned by the County of Los Angeles and is the home of the Hollywood Bowl Orchestra, the summer home of the Los Angeles Philharmonic and the host of hundreds of musical events each year.