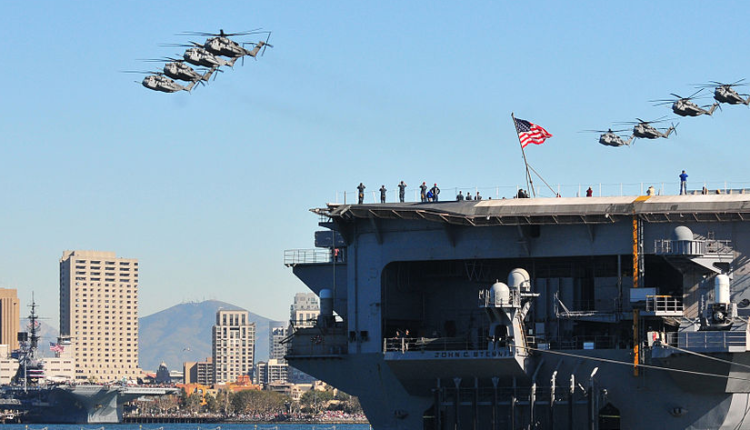 Fleet Week San Diego was created by community and business leaders who understood the great depth of public support for our Sailors, Marines and Coast Guardsmen. This group sought to provide a means for San Diego to express its support in a way that would establish San Diego as a patriotic, pro-military city. They shared a vision to recognize the contributions made by the sea services to the many communities of the greater San Diego region.

This event is soaring back to San Diego with great fanfare as they prepare for you to experience the best of the U.S. military on display and in action with cruisers, amphibious ships, destroyers, frigates, submarines, landing craft, Coast Guard Search and Rescue, fly-overs of contemporary military and Vintage Military Aircraft and much more.

The ideal location to view the action will be at the end of Broadway Pier, but the parade can be seen all along the San Diego region waterfront. It will be visible from Coronado, the Embarcadero, Harbor Island and Shelter Island. Ship tours, military static displays and the Qualcomm Innovation Zone will be open and FREE to the public

As a Public Benefit Corporation, the San Diego Fleet Week Foundation donates proceeds in excess of operating expenses from Fleet Week San Diego to charities that provide critical support to military families. At Fleet Week San Diego, it is our mission to honor and celebrate the men and women of the military through public events that entertain and alliances that support and thank these heroes.

Breakfast or Brunch in San Diego